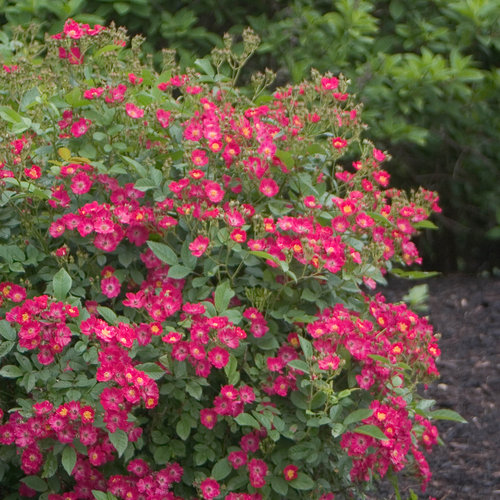 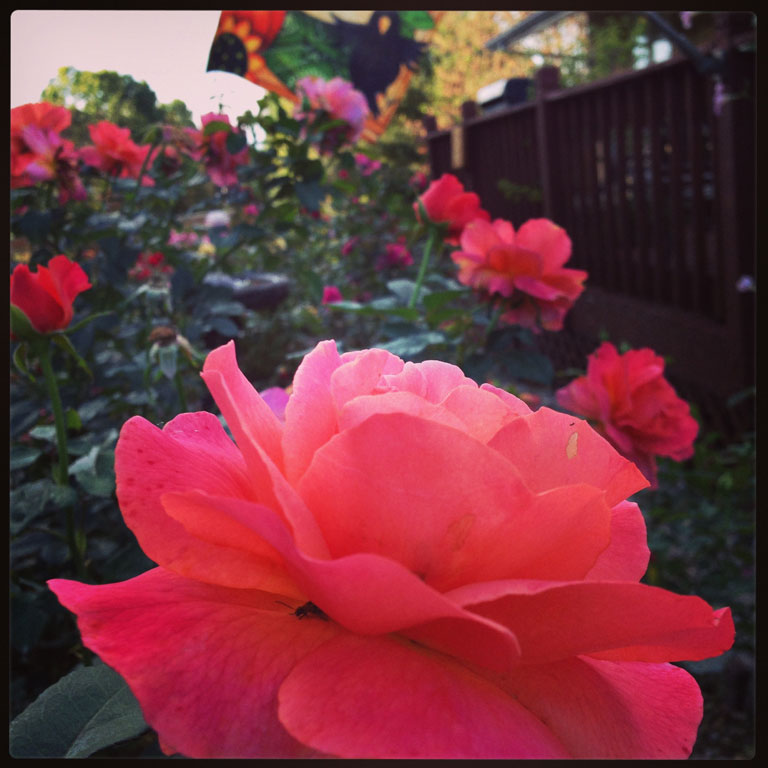 Fall of 2013 was the first time I planted roses in the fall.

Stunningly naÃ¯ve of what winter had in store for us I now call the surviving roses the â€˜Ice Princesses.â€™ I usually buy roses in the spring and plant them well after any chance of a late hard freeze. Shoppers, visualize this. Itâ€™s a beautiful September afternoon. You enter the store through the garden center. What do you see? Racks and racks of Â½ price plants, right? And a few straggly, pathetic rose bushes. Ohâ€¦ you think to yourself we can save them, right? If not weâ€™ve only lost a few dollars. In the fall any plants left at the end of season are on sale everywhere. We are all tempted by retailers clearing out the garden center inventory getting ready for Christmas. Its true, retailers jump right over Halloween and Thanksgiving to put up Christmas practically as soon as they sell all the plants! It is a good time to buy and plant plants at a very reasonable price and the weather is beautiful. I planted what my husband thought were dead sticks. I told him, â€œno, they are perennials, they will come back.â€ They are growing out there as I write this. I shall have to ask Nancy Wallace (follow her on twitter @SassyNancy) or @HousePlantGuru what they are as soon as they bloom. But I only paid one dollar for perennials that usually cost 8.99! Â And I planted them on a glorious fall day. See itâ€™s a good strategy. 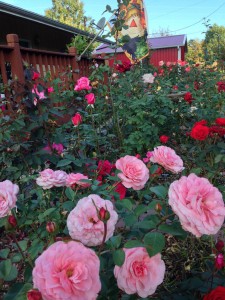 Here’s how I came to plant my first roses ever in the fall of what was going to be the 3rd worst winter on record: Last year I was invited to Minneapolis to speak to the Twin Cities Rose Club. This rose club is a very active and wonderful group with good leadership. Norma Booty, is the president and all of the board are very supportive. Lots of you know Jack Falker who is also a member and writes under the pen name of the Minnesota Rose Gardener, (follow him on twitter @MNRoseGardener)Writer, friend and editor for The American Rose Magazine, Elena Williams, The Transplanted GardenerÂ  (follow her on twitter @ElenaWill) came from the area as well.Â  So last year I was invited to Minneapolis to speak to the Twin Cities Rose Club at their officersâ€™ installation banquet. Chance had it that I was seated at the same dinner table with Dr. David Zlesak who attended my talk about how I learned to grow roses in Texas after initially learning how to grown them in the frozen tundra of Northern Illinois. He is one of the most charming and delightful people you can imagine. He is also making a tremendous contribution to the world of creating winter hardy and disease resistant roses. Dr. Zlezak has done more in the area of testing roses for winter hardiness than any one I personally know. Dr. Zlezak is an Assistant Professor of Horticulture at the University of WI and a rose hybridizer of disease resistant roses. His broad range of research has resulted in a body of work that will continue to make its mark on the world of roses today and in the future.

When I returned home I received a parcel with roses from Dr. Zlesakâ€™s personal test rose garden. Thus began my foray into the world of fall rose planting. These roses are simply called:

Then I also received and planted the roses Dr. Zlezak developed for Proven Winners called â€˜Oso Happyâ€™ series of roses. Â These roses were planted in the fall just prior to the Winter 2013-2014, which was the 3rd coldest on record in parts of the Midwest, according to the government’s official monthly climate report released mid-March 2014.

Here are the â€˜Oso Happyâ€™ Roses that survived the 3rd coldest winter ever on record in zone 6a, S. Central Illinois planted in the fall surviving their first winter in the ground. They are some roses that you can definitely put on your list of first year roses, very winter hardy roses. Â I will be posting pictures of blooms throughout the growing season of these roses in the Dr. David Zlezak and the ‘Oso Happy’ Winter Rose Garden.You can click the Proven Winner link for retailers and Independent Garden Centers that sell these amazing little darling shrubs that are so amazingly winter hardy.

NOAA’s National Climatic Data Center said that the period from December 2013 through February 2014 was theÂ 34thÂ coldest such period for the contiguous 48 states as a whole since modern records began in 1895.

The first two months of 2014 were among the top three coldest on record in the following cities:

4 Replies to “The Coolest Winter Roses”